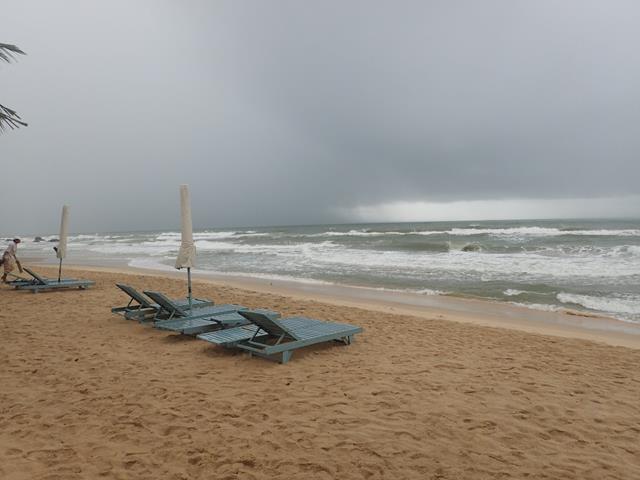 Phu Quoc is a beautiful tropical island in the Gulf of Thailand. Even during the rainy season the temperature is still nice and warm with an average temperature of around 31 degrees during the day and 25 degrees at night time. In the peak of the rainy season, through July and August expect lots of rain. You can still get some nice sunny days though you will probably have late afternoon thunder storms. You can also get days of rain. I visited Phu Quoc at the beginning of August 2016 and had 5 days of rain. I didn’t see the sun for 5 days. When it was raining it was always overcast. It did rain everyday in the afternoon and evenings and 1 day it rained all day from when I woke up early in the morning until I went to sleep late at night.

Scuba Diving during the rainy season on Phu Quoc

I tried to do 2 scuba dives in August 2016 and ended up pulling out of both dives. I geared up, jumped off the boat and dove to around 5 meters and the visibility was about 2 meters so pretty hard to see anything. Life is too short for dives in crappy visibility!