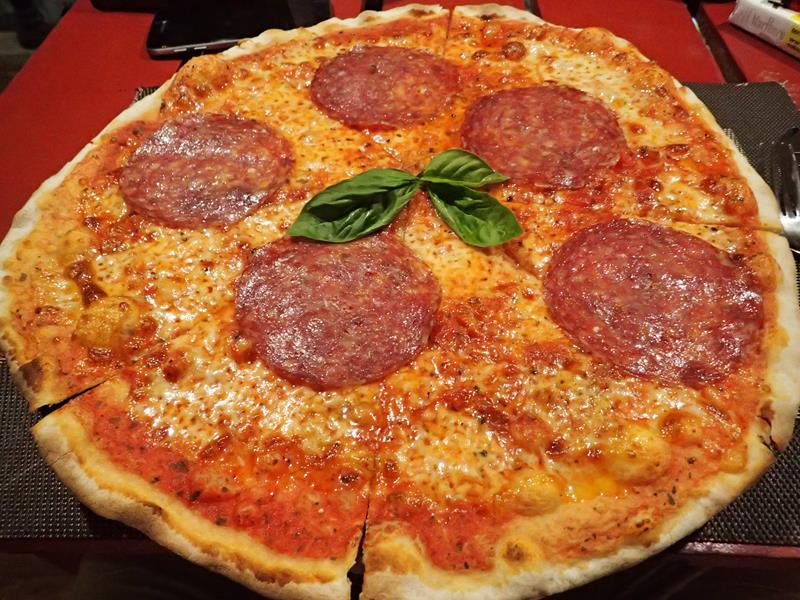 After 2 weeks in the Philippines, when I arrived in El Nido I was looking for my favourite comfort food – pizza! I stumbled across the Little Italy Ristorante, went in and had an awesome feed on some of the best pizza I have eaten in a long time.

First up I had the most attentive and pleasant waiter called Mark (a very common name around El Nido). This was a pleasant surprise as service in the Philippines can be very lacklustre. Mark had me seated, quickly brought me a menu and I ordered a cold beer straight up which was at my table in no time.

The tables at the front of the restaurant do have a view over the El Nido bay although the view is between the two buildings in front. I am sure it wont take long for a building to pop up in that space.

Although the menu had a great range of fresh pasta I was here for pizza! The menu had a good range of different pizzas and the open kitchen had a real wood fired oven.

During dinner the power went out, which is a regular occurance in El Nido. There lights were out for about 1 minute until they cranked up their generator. Throughout this area (quite a busy section in El Nido) you could hear the buzz of multiple generators in all the close by restaurants.

I did think about having dessert, they had my favourite Italian dessert on the menu – Tiramasu – but I was full after the huge pizza.

Check out the location of Little Italy Ristorante in El Nido

Check out the most popular articles about Palawan Island Philippines: