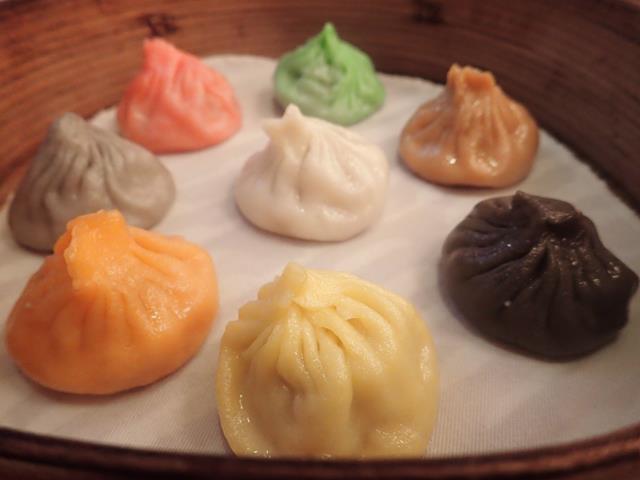 I went in to Paradise Dynasty on a Saturday night for dinner. I got there early, at 6pm and had no problems getting a table. I ordered an entrée of Spicy Szechuan Chicken and their signature dish, a selection of the various flavours of Shanghai Soup Dumpling. I was not expecting the Spicy Szechan Chicken dish to be served cold, it was like it was straight from the fridge but surprisingly it was really tasty even though it was cold.

As well as having restaurants in Singapore. Paradise Dynasty also has restaurants in Kuala Lumpur, Dubai, Hong Kong, Jakarta, and in Bali. Check out our article for The Best Shanghai Soup Dumplings in Bali

Check out the location of Paradise Dynasty in Ginza Tokyo