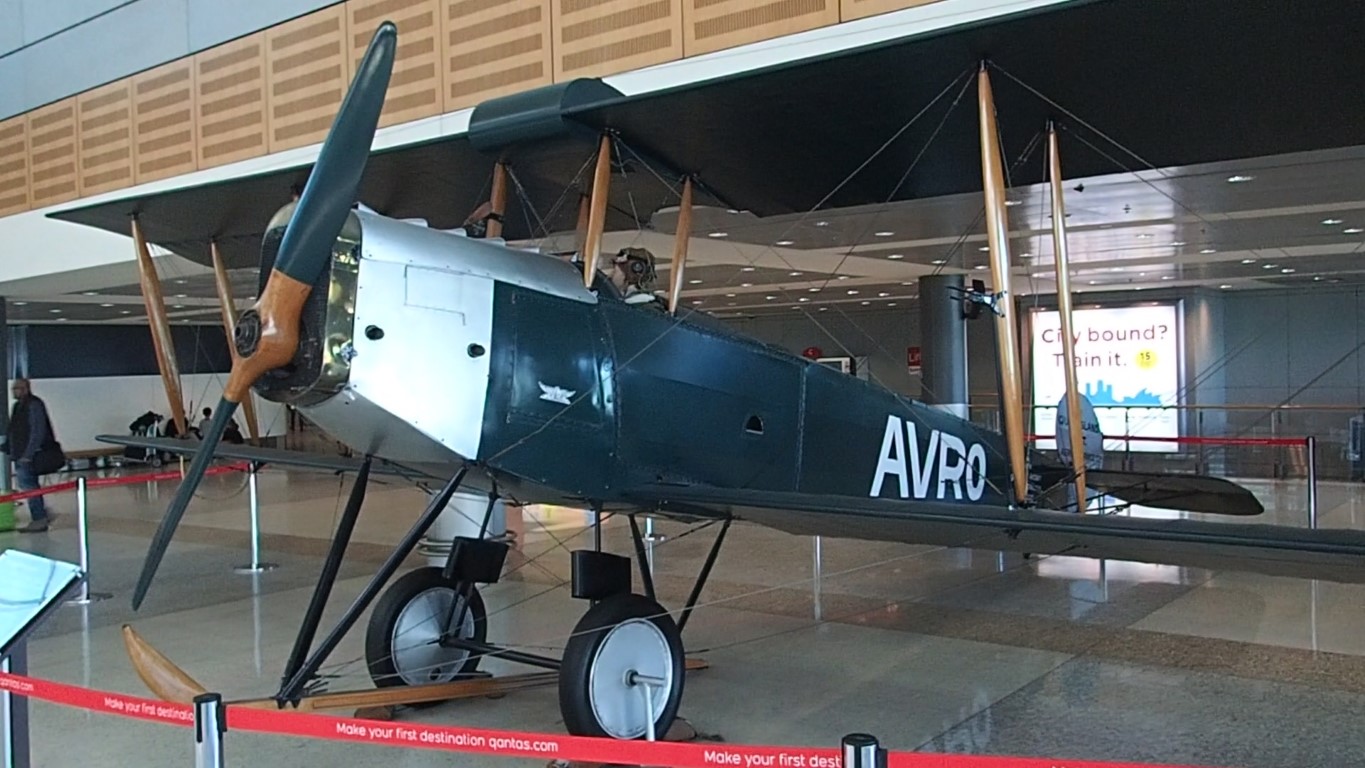 Sadly Qantas have removed this excellent Replica plane from the departure halls of Terminal 3 Sydney domestic airport. I guess this page will live on to remember this excellent replica plane, a piece of aviation history from Australia!

Located in Terminal 3 (Qantas Terminal) of Sydney Domestic Airport is a replica vintage plane right next to the main departure hall. This replica plane is an AVRO 504K aircraft which was a plane built between 1913 – 1933. The significance of this replica plane is that this is the first plane that was used by the Queensland and Northern Territory Aerial Service, otherwise known as QANTAS. Qantas took delivery of this first plane in 1920, just over 100 years ago.

The AVRO 504K was a 2 seater, all-wooden, bi-plane powered by a 100 h.p. Sunbeam Dyak engine. These AVRO 504k planes were used extensively in World War I by the British Royal Air Force (RAF). More than 11,000 of these planes were built between 1913 – 1933 making it the most popular aircraft during this time. The AVRO 504K had a top speed of 145 km/h and had a cruising altitude of 8000 feet. This was the first type of plane received by QANTAS and was in service for 5 years.

You will also find another replica of this AVRO 504K plane at the Qantas Founders Museum in Longreach, where QANTAS was founded. These 2 replica planes were built by Qantas Engineers and apprentices back in 1988.