Scott Posted on May 14, 2017 Posted in Australia, Flight Reviews No Comments 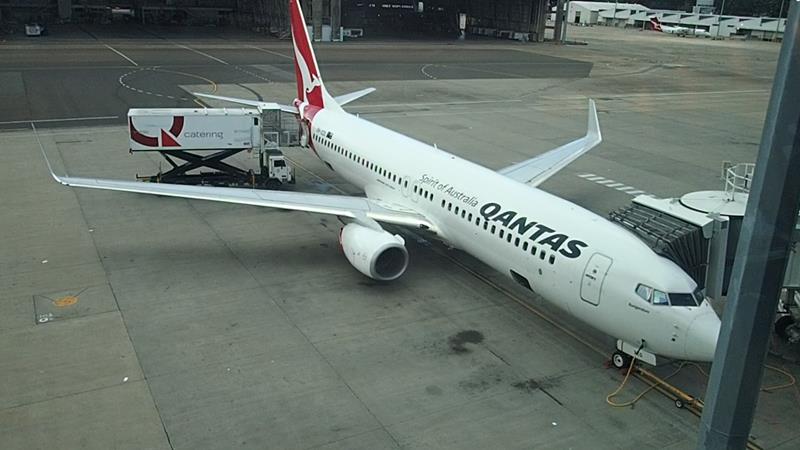 Check out the full flight review video for this flight

For this flight I had purchased an Economy ticket and then used 10,000 Frequent Flyer points to upgrade to the Business class seat. I could have used 16,000 points to get the Business Class seat without the purchase but got a Red Sale deal on the Economy ticket which was only $102 and it also allowed me to earn some points and status credit points so I can retain my Platinum status with Qantas.

The business class section on this B737-800 has 12 seats in a 2-2 configuration. There is plenty of leg room and lots of arm space so you are not rubbing up to the person seated next to you.

There are no built in entertainment screens on this Qantas B737-800 plane. There is entertainment on board but you have to download the Qantas Entertainment app onto your own mobile phone or tablet device. Once on board you connect to the onboard WiFi network and start up the Qantas app to have loads of movies and TV shows to watch.

There is currently no internet access on this flight but I believe Qantas will be making internet available on their Australian domestic flights very soon.

Before the flight you get a drink before take-off. No champagne! Just glasses of fruit juice or water. I have had champagne served on Qantas domestic flights before take-off before but recently they just bring juice. I guess I could have asked for it.

This flight departed at 1:50pm and we were served a very nice lunch service. I choose the pork dumplings which was a delicious meal. I had choice of wines but I choose to have a beer instead.