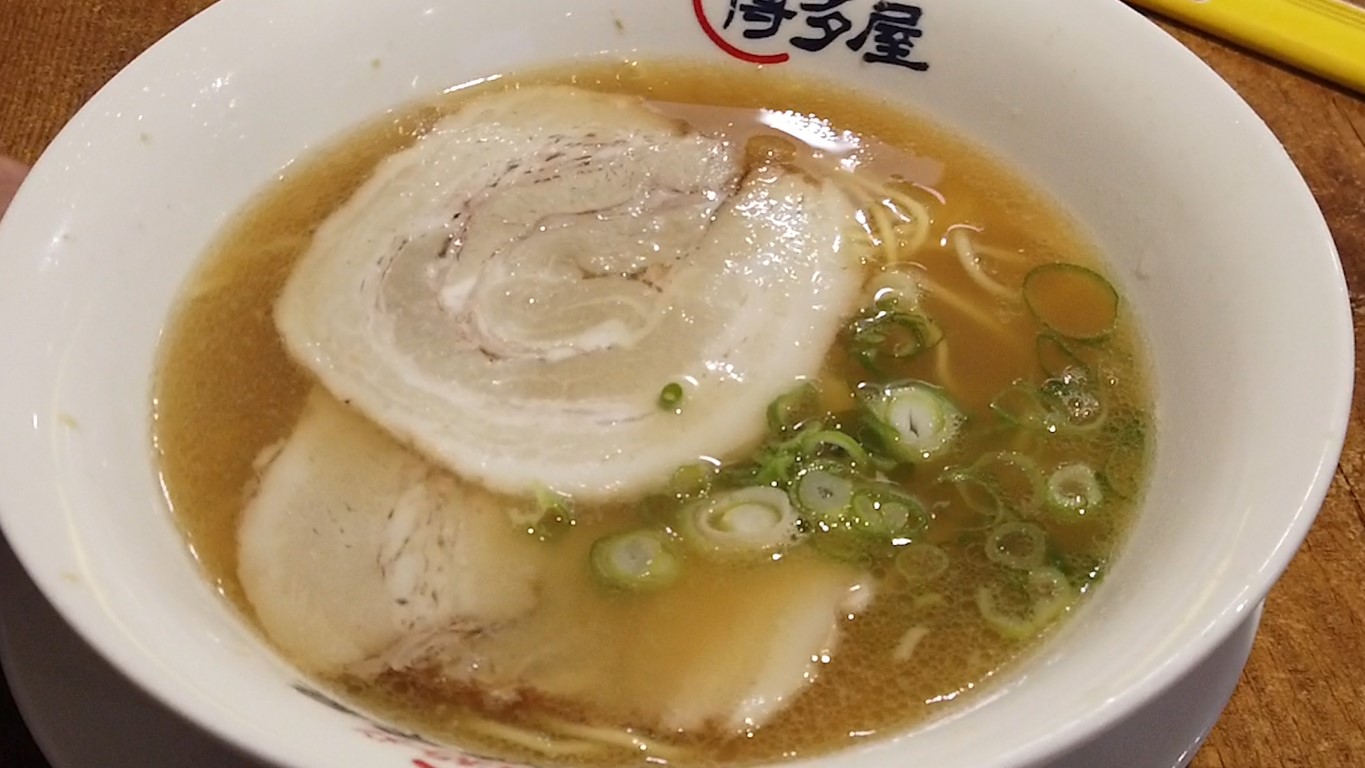 Hakataya Ramen Noodle Soup Restaurant is a popular chain of restaurants that specialise in the delicious Japanese Ramen Noodle Soup. There are a number of Hakataya shops throughout Queensland, with 2 locations right on Queen Street Mall in the heart of Brisbane City.

I went into one of the stores on Queen Street Mall for lunch. I had first went in at 12.30pm on a weekday and the restaurant was packed with a queue of people waiting. I returned later at 1.30pm and was able to grab a seat straight away.

This is your classic Ramen Noodle soup, with slices of roast pork and a big serving of the noodles within the soup. This soup was $14 which is a pretty good price for a meal right in the heart of Brisbane City Centre.

The restaurant I went to was right on Queens Street mall, located in the basement. There is another Hakataya underneath the Myer Centre.

If you look for a tasty Japanese Ramen noodle soup, then check out Hakataya!