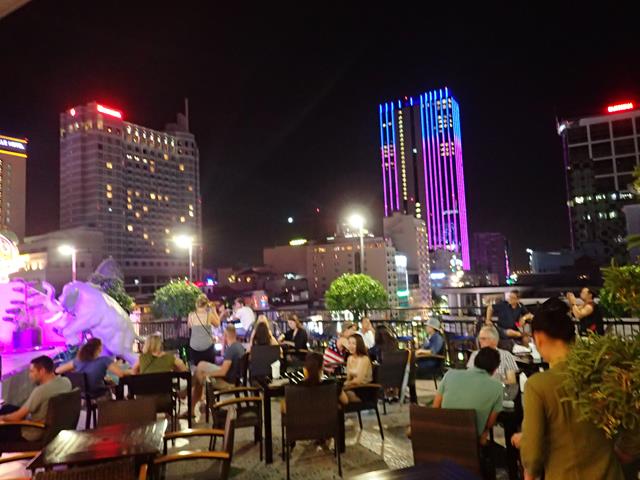 The view is quiet spectacular from the Rex Rooftop Garden Bar. The Rex Hotel was built in 1927 and at the time this 5 story building was one of the tallest in Saigon. Now the building is surrounded by tall buildings. There is a great view straight down Walking Street to the historical City Hall. In the other direction down Walking Street there is a direct view of the Bitexco Financial Building, the tallest building in Saigon.

There is live music every night at the Rex Rooftop Garden Bar. The band plays until 11pm. The bar is open until midnight but after the band stops playing the customers generally leave this bar and head somewhere like the Saigon Saigon Rooftop Bar which is a short walk from the Rex Hotel.