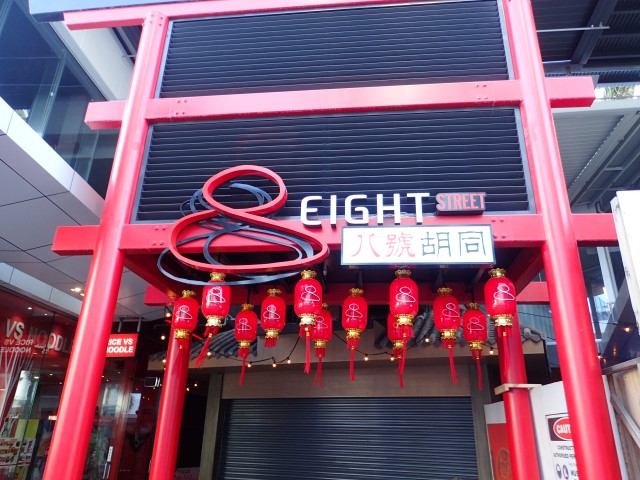 There are already some established Asian restaurants on Eight Street including Rice vs Noodles, Sushi Avenue, the Korean Kitchen and Yum Cha Noodle Haus.

Modifications have been done to the laneway with new buildings housing up to 12 new food stalls / restaurants. The finishing touches are being put on the buildings and it is expected new restaurants will start opening in March 2018. Stay tuned for some great new Vietnamese, Chinese, Thai and Japanese food coming to the streets of Surfers Paradise. Asian street hawker food in downtown Surfers Paradise.

Fragrance of India opened in 8 Street in June 2018 – serving up some delicious Indian food at reasoanble prices.

Fragrance of India is opened in 8 Street, right next to Ramen Danbo. Serving up a great range of authentic Indian cuisine including some of the best curries you’ll find on the Gold Coast. All the curries at Fragrance of India are Gluten Free, MSG free and all the food is certified Halal.

Read more about Fragrance of India

Check out the location of 8 Eight Street in Surfers Paradise